The curious case of if-not

Which version of the if-condition is easier for you to understand?

Negation is a fascinating topic. It is explored by Steven Pinker in his book The Sense of Style:

Logically speaking, a sentence with a naysaying word like not, no, neither, nor, or never is just the mirror image of an affirmative sentence. Saying that the integer 4 is not odd is logically the same as saying that it is even. If something is not alive, then it’s dead, and vice versa. But psychologically speaking, a negative statement and an affirmative statement are fundamentally different.

A negative statement such as The king is not dead is harder on the reader than an affirmative one, like The king is alive. Every negation requires mental homework, and when a sentence contains many of them, the reader can be overwhelmed.

To hear or read a statement is to believe it, at least for a moment. For us to conclude that something is not the case, we must take the extra cognitive step of pinning the mental tag “false” on a proposition.

Can we apply that to the two if statements? To mentally comprehend version A of the if-statement, a fellow dev goes through five mental steps: 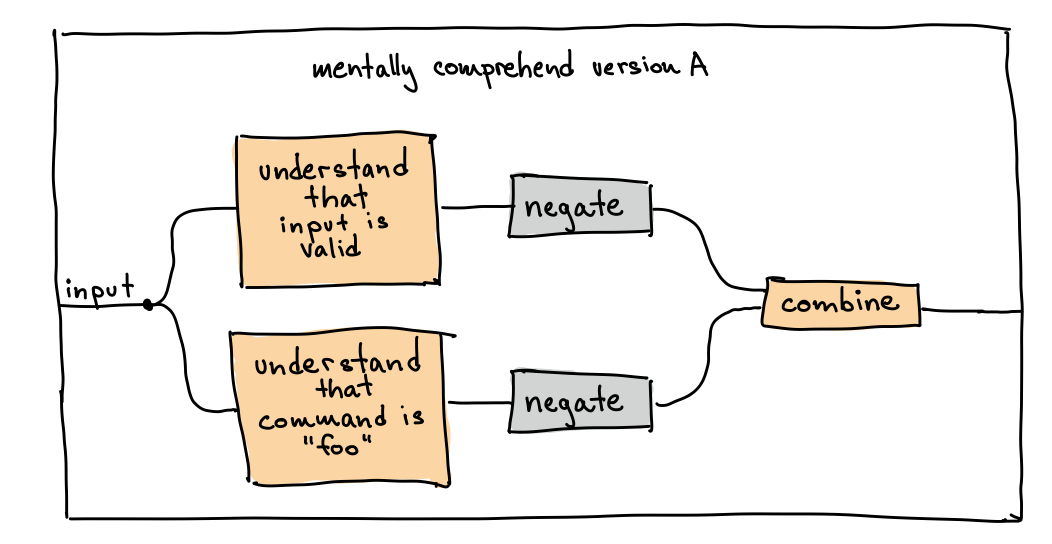 To comprehend version B, they go through three steps: 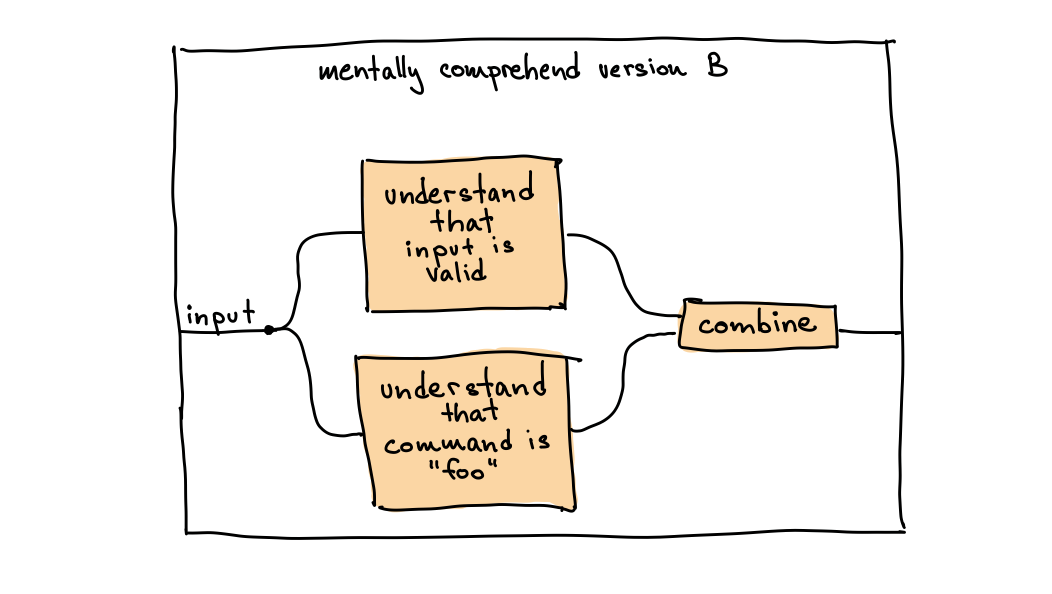 Because comprehension is shorter by two steps, version B is easier on the mind.

Here's another example, a config file of a static site generator: